Home / Colorado News / Denver’s plan for bicycles is moving faster, but it could still take 18 years

Before the 1980s, riding a bicycle to work in Denver was unusual. Cyclists had to contend with unclear laws that kept them off some roads, and bike lanes were nearly nonexistent.

“If not illegal, it was unusual,” Jeff Shoemaker said.

It was his late father, Joe Shoemaker, who helped to change that: The family has been a driving force in the creation of the region’s greenway network, an interconnected series of paths that runs 100 miles along waterways and gulches.

“That trail system,” Jeff Shoemaker said, “brought bicycles into the forefront in Denver.”

Today, the riverside paths are busy with pedestrians, bicycles and scooters. Denver has seen its population of bicycle commuters nearly double since 2009, to about 8,000 people, according to census figures. And the re-urbanization of downtown Denver has only added to demand.

But beyond the riverbanks, it’s a risky patchwork. Cycling is the first transportation choice for only a small fraction of the city’s residents — and they’re competing with ever-more automobiles for limited road space.

The debate snapped into focus this summer with the deaths of bicyclists Alexis Bounds and Scott Hendrickson. They are among 47 drivers, passengers, pedestrians and cyclists killed on Denver streets this year.

“Tonight, we’re coming together to mourn, to support each other, and to ask our city to do more,”  Piep van Heuven, policy director for Bicycle Colorado, said at a vigil Wednesday night.

RELATED: “Stop killing us”: After a deadly month, Denver cyclists will swarm streets

At a speech last month, Hancock acknowledged that “our streets must change.” And the government already has poured more money into bikes and sidewalks. But what will the city’s new spending surge accomplish?

The Denver Post reviewed the city’s bike and sidewalk plans, its progress so far and the rising neighborhood resistance. The bottom line: Changes are coming soon, but city officials estimate it could take 18 years to build out the full bike network.

How much are they spending?

Denver’s leaders have been planning bike-lane changes since 2011, when the city first published a plan called Denver Moves. But work was slow at first, resulting in former auditor Dennis Gallagher calling out the city in 2015 for its meager spending. In four years, the plan had received only $2.8 million of its $119 million price tag, the audit said.

The city accelerated spending in recent years to about $2.2 million per year, with visible results: Denver now has 184 miles of on-street bike lanes, excluding greenways. But it’s only a fraction of the bigger plan.

“The basic problem is that we’re somewhere between 30% to 40% buildout of the bike network — most of the network is still pretty disconnected,” van Heuven said.

Now, Hancock’s administration is multiplying its spending again. In 2019, the government put $7.1 million toward bikeways. Separately, city voters added $18 million for bike projects, and more for bike-friendly rebuilds of streets such as Broadway

The city now is ready to pay for 125 miles of bikeways over five years — a rate that would finish the network’s final 450 lane-miles around 2037, according to spokeswoman Heather Burke. But that could change with new plans or spending.

What are they building?

Most of Denver’s on-street bike lanes are unprotected and unbuffered, meaning that only a stripe of paint separates automobiles from cyclists and scooters.

For example, take Marion Street Parkway, where Bounds was killed. The driver in her crash apparently didn’t notice her as he turned across the bike lane. If the lane had physical barriers, the driver would have had to take a slower, wider turn, van Heuven said.

“You can see exactly what happened. The tire marks and blood are still on the street,” she said this week.

The city has 9 miles of protected bikeways and 28 miles of buffered lanes, representing only a fifth of its bike network. But Denver now is planning eight “high-comfort bikeways” with more protection.

“Those bike lanes are going to kind of serve as the backbone of the network,” said Jennifer Hillhouse, transportation planning director for the city.

RELATED: How bikeable is Denver?

Research in the United States is thinner, he said, because there are so few protected lanes here. But the evidence already shows that they attract new cyclists, and there is safety in numbers.

Where will protected lanes be?

The next round of eight high-comfort lanes is focused outside of downtown.

In northeast Denver, protected lanes could connect Elyria-Swansea to Clayton, or get riders across Montbello and Green Valley Ranch. Protected lanes along a mile of Water Street and 23rd Avenue could create an easier route from Sloan’s Lake into the transit hub of Lower Downtown. (Find a map of the planned lanes at bit.ly/denverbikeplans, and review individual plans at bit.ly/denverbikes.)

Construction is expected to start next year. Also in the works are east-west bike lanes across the urban core, including Martin Luther King Jr. Boulevard and 13th Avenue.

But the upcoming projects don’t include the planned new centerpieces in downtown. Details for lanes, possibly on 17th, 18th and 19th streets, are expected next year.

Separately, the city has about $48 million in bond money to build out sidewalks, especially in northeastern neighborhoods. Denver also is rebuilding intersections, upgrading lighting and preparing to reduce some roads’ speed limits, Burke said.

How are people reacting?

Despite the recent deaths, the idea of expanding the bike network has met with neighborhood resistance, especially around Washington Park.

The Glendale Cherry Creek Chronicle declared that “the bicycle bullies at Denver Public Works” would “deface” the historic parkway, which is lined with trees and shrubs. The lanes could include plastic bollards or new curbs on the pavement.

“Someone’s raised the question of whether it’s really necessary. I guess a lot of people are happy with the way it is, as you might imagine,” said Tim McHugh, president of the Washington Park East Neighborhood Association, who said he has no opinion.

The city’s draft designs would not reduce car parking on Marion. But Adam Meltzer, a resident who bikes daily, suspects that most of the critics are really worried about their automobiles and their property values.

“I think there is opposition from people who don’t truly understand what this project will look like in its final stage, and how it will benefit the neighborhood,” he said.

And the fights over future lanes could be more intense, because other bikeway projects are likely to eliminate on-street parking spots. But city officials said the plan is moving forward.

Photojournalist Helen H. Richardson contributed to this report. This article was updated to include the full name of The Glendale Cherry Creek Chronicle. 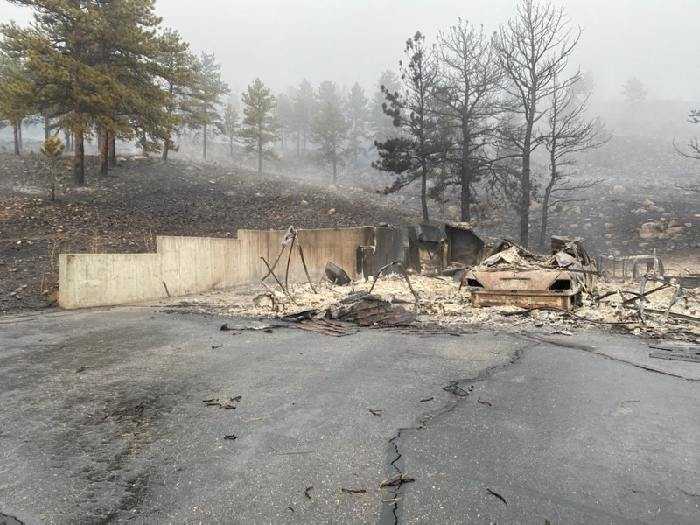