Baltimore County Police have charged Cameron Shane Giovanelli, former pastor at Calvary Baptist Church in Dundalk, with a number of sexual assault charges stemming from a case involving a then 17-year-old student. Police believe there may be other victims and are hoping they will have the courage to come forward.

Giovanelli (42) now residing in Orange Park, Florida, is charged with the sexual abuse of a minor, perverted practice, and 4th degree sexual offense stemming from illegal sexual contact he had with a student at the school between January and August of 2007. The abuse of the student began with unsolicited kissing and progressed, taking place nearly daily either within the school offices on church property or at other off-property locations.

An investigation was opened in May of 2018 when the victim reported the abuse to police. The completed investigation was submitted to the Office of the State's Attorney at which time the decision was made to charge Giovanelli. An arrest warrant was obtained and served on Monday when Giovanelli voluntarily turned himself in to police on Tuesday. He was released on his own recognizance at an initial bail hearing under the condition that he have no contact with any minor.

Based on information provided by the victim, police believe it is likely there are additional victims who were abused by Giovanelli during his time as pastor at the church and school located in the 7300 block of Manchester Road. Giovanelli was pastor there from 2003 through 2014. Anyone who may have additional information or was victimized by Giovanelli is encouraged to contact detectives from the Baltimore County Police Crimes Against Children Unit by calling 410-853-3650.

April Showers Bring May Flowers – and an Increase in Shed Burglaries 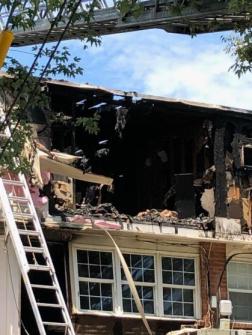