One Less Gun: At about 6:00 PM on Thursday, November 12, 2020, members of the Youth Violence Strike Force, Massachusetts State Police, and Quincy Police, made an onsite arrest and recovered a loaded firearm in the area of 152 Fayette Street in Quincy. As part of an ongoing investigation, officers received information that the suspect wanted in a prior incident from November 10, 2020, in which the suspect fled the scene of a traffic stop, striking an officer, was staying at a residence in Quincy. A discarded firearm was located in the fleeing vehicle’s path of flight. The suspect successfully evaded officers in the prior incident, but a warrant was issued for his arrest.

Officers proceeded to a residence in the area of 152 Fayette Street in Quincy where they set up surveillance of the suspect. Officers observed the male pull up to the residence in a motor vehicle and exit, making his way towards the house. Officers approached the suspect and placed him under arrest. Inside of the suspect’s vehicle, underneath the driver’s seat, officers recovered a Taurus G2c firearm loaded with nineteen rounds of live ammunition. Officers located two large clear plastic bags containing marijuana. 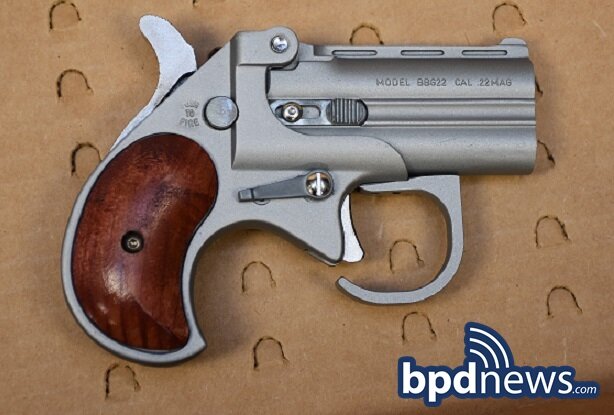