About 11:41am on Saturday, November 14, 2020, officers assigned to District C-11 (Dorchester) responded to a radio call for a Breaking and Entering in Progress at 37 Robinson Street, Dorchester.

Upon arrival, officers spoke with residents who stated that a male was banging on their door and yelling for them to let him in. As the residents opened the door and told him to leave, the male tried to enter their apartment. After the occupants closed their door, the suspect kicked it causing damage, and they heard him break something in the hallway. The officers observed damage to the apartment door, the doorbell casing, and an upstairs apartment door.

Officers spoke with another victim, who was outside when he heard a commotion. He watched as a male kicked his drivers sideview mirror of his motor vehicle. He yelled out at the male, who then approached the victim and punched him in the face, causing him to fall to the ground. The suspect kicked the victim before he fled on Robinson Street towards Draper Street.

While officers were talking to the victims on Robinson Street, a 911 call came in reporting that a male was vandalizing vehicles on Topliff and Stonehurst Streets. As additional officers responded to Topliff Street, they observed a large crowd chasing a male down the street. The crowd yelled to the officers to stop the male, as he ran down Topliff Street towards Homes Avenue. As the suspect ran on Homes Avenue, with officers in pursuit, he picked up a toddler and began running down the street holding the child. He turned into a fenced yard at 94 Homes Avenue, put the toddler down and held the gate shut preventing the officers from getting in. The suspect then turned to run up the steps leading into the home. The officers were able to grab hold of the suspect, but he pushed them as they tried to place him in handcuffs. A brief struggle ensued, as he tried to escape the officers’ control. Officers were finally able to regain control of the suspect and place him under arrest.

Over a dozen people approached the officers and reported that the suspect had damaged several vehicles throughout the streets of Speedwell, Norton and Stonehurst. The officers were informed that the suspect was holding two long metal like objects, that he used to cause the damage. A total of 20 vehicles were reported vandalized during this incident.

Another victim approached the officers and reported that the suspect had broken into his work van, and stole several items. He identified two metal sink hoses that were laying on the street as his property.

The mother of the toddler stated that she does not know the man who took her child, and that she has never seen him before. She stated that her child was unharmed during the incident.

Once at the district station, the suspect refused the booking process and assaulted a police officer. The suspect will be charged with Attempted Breaking and Entering of a Dwelling, Assault and Battery by Means of a Dangerous Weapon to wit Shod Foot, Breaking and Entering of a Motor Vehicle, Kidnapping, Assault and Battery on a Police Officer (2 counts) Resisting Arrest, and Vandalism (20 counts).

After a medical evaluation, the suspect was then transported to Bridgewater State Hospital for further treatment and evaluation. During transport, the suspect destroyed the interior camera of the patrol wagon, and violently kicked the rear doors. The suspect will be charged additionally with Malicious Destruction of Property.

To those who find themselves in need of emotional support or simply needing to talk to someone about distressing events in our community, the Boston Neighborhood Trauma Team (NTT) provides free, private support 24/7 at (617) 431-0125 or by visiting BPHC.org/trauma.

Warrant Arrest Leads to the Recovery of a Firearm in Dorchester 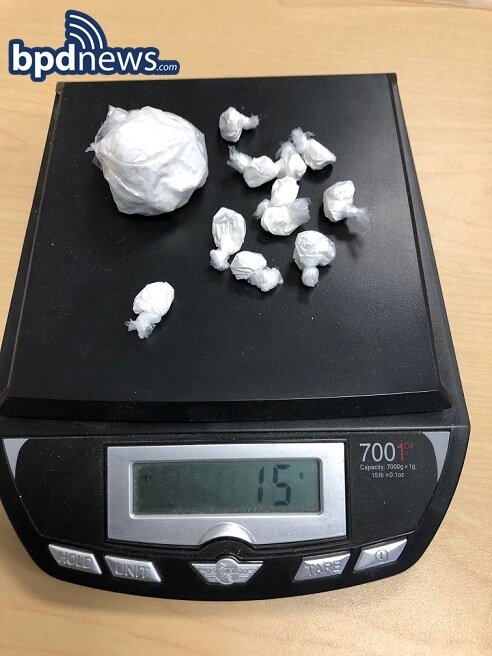 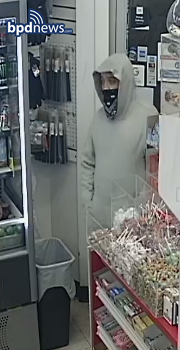