About 7:30pm on Friday, November 20, 2020 members of the Youth Violence Strike Force made an on-site firearm arrest and recovered two additional firearms in the area of 18 O'Meara Court, Charlestown.

Officers were on patrol in the Bunker Hill Housing Development when they observed a group of individuals congregating in the parking lot area of 18 O'Meara Court. As the officers pulled into the lot their attention was drawn to an individual, later identified as Arthur Flood, 18 years old, of Dorchester, that was standing in between two parked cars. Upon seeing the officers, Flood quickly moved to the passenger side window of a parked motor vehicle, leaned inside and looked as though he was retrieving or concealing something while speaking with an individual who was seated in the drivers seat. As the officers approached, Flood turned his body away from the officers, shielding his right side from the officers view. As the the officers conversed with him, he continued to shield his right side and attempted to walk past the officers. The officer conducted a pat frisk to his right side, and immediately felt a hard object in the shape of a firearm. Officers attempted to secure Floods hands, but he kept moving them towards the front of his waistband area. Officers were eventually able to gain control and safely secure him in handcuffs. Officers recovered a firearm from his left pant leg as it slid down and was sticking out his ripped jeans. The firearm, a black Taurus 9mm G2C was loaded with (1) round in the chamber and (12) rounds in a high capacity feeding device.

As the officers were affecting the arrest of Flood, the large group in the parking lot began to converge on them as they tried to secure the firearm. As the group became aggressive, they were instructed to leave the area, and made aware of multiple posted No Trespassing signs. A second individual, identified as Keon Alston, 24 years old, of South Boston was placed under arrest for Trespassing after he was instructed to leave the area multiple times and continued to be uncooperative. As the officers placed Alston under arrest, he violently resisted, swung his elbows and tensed his arms refusing to place them behind his back. The group once again converged on the officers, and with the assistance of several other officers, Alston was finally placed in the rear of a patrol wagon.

As the crowd began to disperse, the officers recovered a second firearm located underneath a gray motor vehicle. The firearm, a silver Smith & Wesson .357 Magnum revolver was loaded with 5 rounds of ammunition. Further investigation into this firearm revealed that it was reported stolen. Officers then located a third firearm from underneath a red motor vehicle. This firearm, a black Lorcin .380 L380 was loaded with (1) round in the chamber and (6) rounds of assorted ammunition in the magazine.

Both suspects are expected to be arraigned in Charlestown Court.

Search Warrant in Roxbury Leads to the Recovery of an Illegal Firearm, Drugs and US Currency 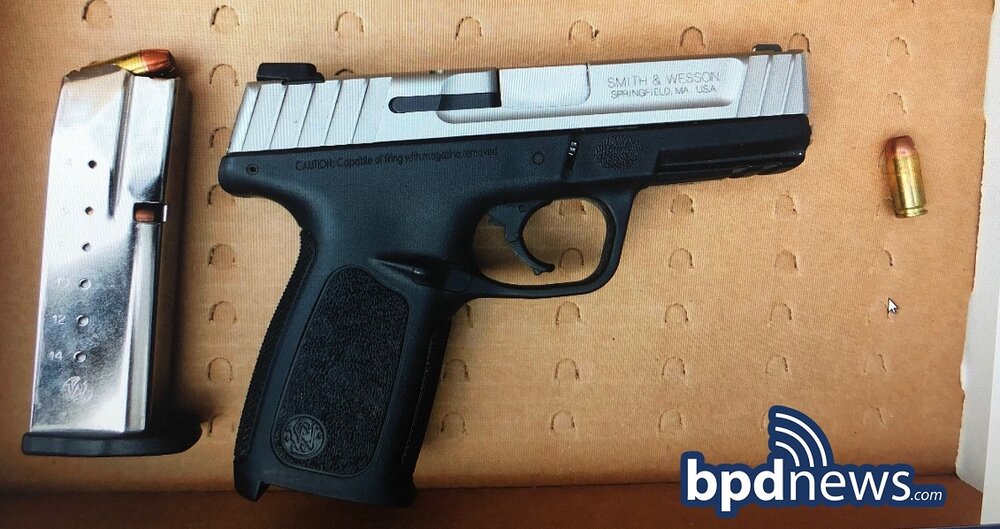 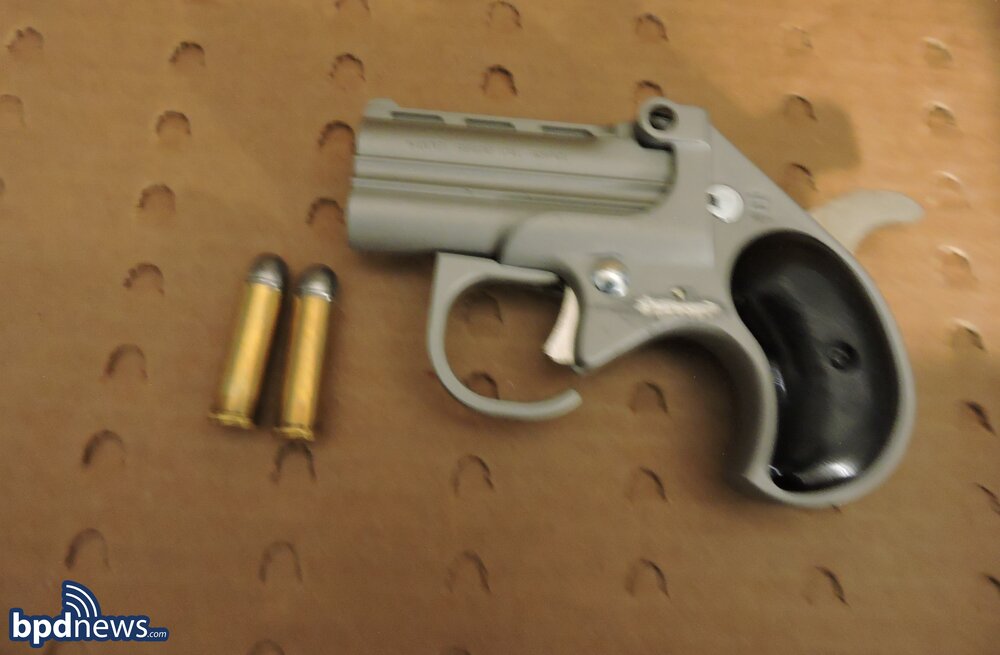