At about 4:53 PM on Saturday December 5, 2020, officers assigned to District D-4 (South End) responded to a call for a home invasion in progress at a residence on Chandler Street in the South End. On arrival, officers observed a male exiting the address and immediately recognized him as a wanted individual with numerous active warrants. Upon speaking with the officers, the suspect provided a name which they knew to be false. Officers detained the suspect on scene without incident and then made contact with the victim who stated that as he was entering his home, the male suspect approached him from behind and shoved him to the floor of his foyer before locking the front door behind them. The suspect then forced the victim through the main interior door of his residence and into the living room area of the home. The victim stated that the suspect appeared distressed and agitated. After several tense moments, the victim was able to discreetly contact the Boston Police Department via his cell phone, speaking in a whispered tone to a 911 Dispatcher who was able to quickly ascertain the address and discern the seriousness of the unfolding incident, resulting in the officers’ prompt response to the scene.

The suspect was placed in custody after being positively identified at which time officers confirmed that the suspect was wanted on 22 outstanding warrants on numerous felony and misdemeanor charges sought out of courts in Boston, Cambridge and Sommerville.

The suspect has since been arraigned in Boston Municipal Court on charges of Assault and Battery on a Victim Over 65 Years of Age, Unarmed Breaking and Entering (Nighttime), Disturbing the Peace, Disorderly Person and Providing a False Name to a Police Officer.

The victim, who has lived in the City of Boston for more than 40 years and resided in the South End for the past 25 years, wrote a letter of thanks to the Commanding Officer of District D-4 in the days that followed stating, in part: “When I saw your lights of blue converging in front of my home, I cannot express in words the emotions of relief, joy and pride I felt upon your swift arrival. I will be grateful to the end of my days, for the safe outcome and arrest of the intruder. I am also, most grateful, for the 911 dispatcher who heard my whispering cry for help that brought all of you so quickly. All of your officers were so professional and polite - I am so proud of District 4!” 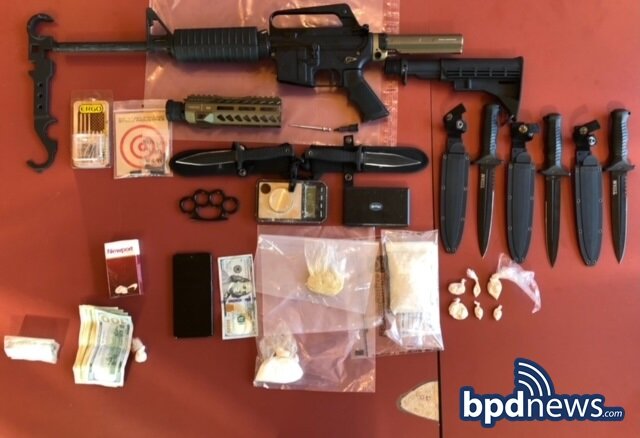 Twelfth Annual Shop with a Cop Heroes and Helpers Goes Virtual in 2020!