About 1:41am on Sunday, January 17, 2021, officers assigned to District C-6 (South Boston) were on patrol in the area of 112 Southampton Street, when they noticed a large crowd gathered around a motorcycle at the corner of Southampton Street and Atkinson Street. The officers observed that the motorcycle did not have a license plate, and the crowd appeared to be gathered around an individual wearing a motorcycle helmet and black backpack.

As the officers exited their cruiser and began to approach, the individual wearing the motorcycle helmet attempted to flee, but struggled to start the motorcycle. They noticed that he was holding a clear plastic bag in his right hand, and as they attempted to gain control of this hand, a violent struggle ensued. During the struggle the plastic bag dropped to the ground, revealing multiple small plastic bags containing a substance believed to be crack cocaine. With the assistance of other officers, the suspect was secured. Prior to being transported, officers removed the black backpack, and recovered a two-pronged fixed blade knife from his jacket pocket.

During the booking process, officers recovered $5,349.00 in US Currency from the suspects clothing. Further investigation into the backpack revealed a Glock 22 .40 caliber firearm, with 20 rounds of ammunition in the magazine. Officers also recovered (24) white pills, as well as (2) scales, and (3) cell phones.

A query of the suspect, identified as Jamal Harrold, 43 years old from Dorchester, revealed (4) outstanding warrants issued out of Boston Municipal Court, charging him with Distribution Class B, Distribution Class B Subsequent Offense, Possession of Class B, Drug Violation near School/Park, Disorderly Conduct, Attempt to Commit a Crime, Assault and Battery, Refuse to Identify, Resisting Arrest, Possession to Distribute Class A, and Larceny over $1200 by Single Scheme. Harrold was also wanted out of Lawrence District Court for a Possession Class B Drug charge.

Harrold was also issued a MA Uniform Citation for Unlicensed Operation of a Motor Vehicle and Unregistered Motor Vehicle.

Jamal Harrold is expected to be arraigned in Roxbury District Court.

BPD Community Alert: Investigators Seeking the Public’s Help in Efforts to Locate Motor Vehicle Wanted in Connection to Leaving the Scene of an Accident in Dorchester 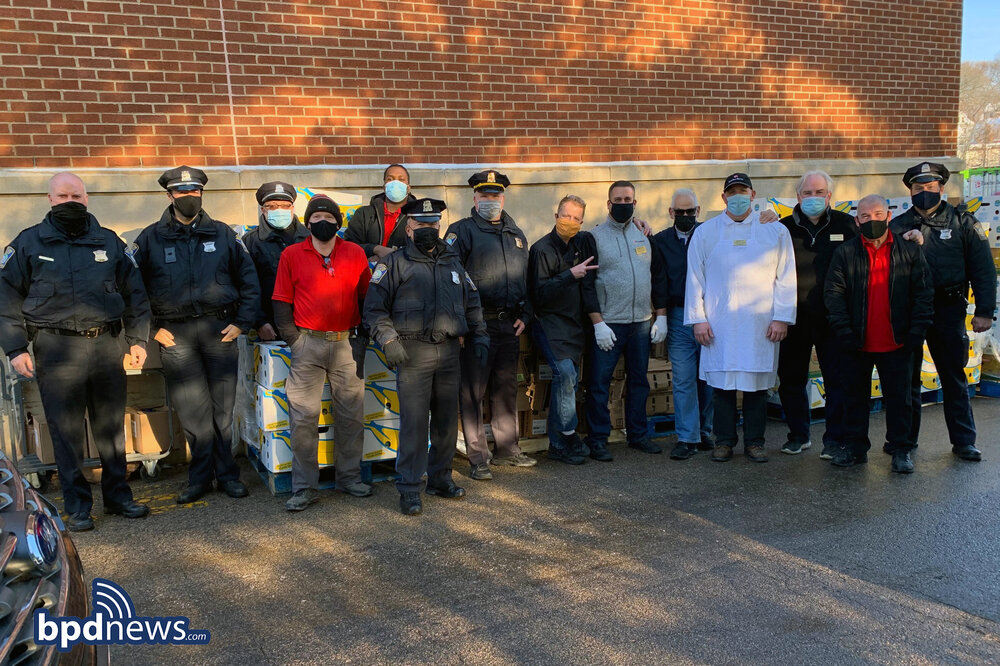 BPD in the Community: Officers from District E-5 and Community Partners Distribute Holiday Meals for Families in Need in West Roxbury and Roslindale