About 9:29pm on Wednesday, February 10, 2021, officers assigned to the Youth Violence Strike Force conducted a traffic stop resulting in a firearm arrest in the area of 279 Walnut Avenue, Roxbury.

Officers were on patrol in the area of Townsend Street and Walnut Avenue when they observed a motor vehicle traveling with its high beam headlights on. As the vehicle turned left onto Walnut Avenue, the officers also observed that the windows of the vehicle were excessively tinted. The officers conducted a traffic stop at 279 Walnut Avenue.

Officers approached the vehicle and requested the operator’s license as well as the vehicle's registration. The operator, later identified as Alexis Alvarez, 22, of Roxbury, stated that he had the registration but he did not have his license. While speaking with Alvarez, the officer noticed a wallet sitting between Alvarez and the center console of the vehicle. The officer asked Alvarez if he had his wallet which may contain his license, but Alvarez stated that he did not have one. Ultimately, Alvarez found the wallet and produced his license.

The officers noticed that Alvarez appeared nervous, he had a wide-eyed stare and his hands were visibly shaking. Further investigation led to a pat frisk of the motor vehicle, which revealed a firearm in the center console area. The firearm, a silver and black Smith & Wesson SW9VE 9mm, was loaded with (16) rounds of ammunition in the magazine and (1) round in the chamber.

Alvarez attempted to flee, but after a brief struggle he was placed under arrest. During the booking process, officers located 31 sublingual film tabs of suboxone in his jacket.

Alvarez was charged with Unlawful Possession of a Firearm, Possession of a Large Capacity Firearm, Carrying a Loaded Firearm without a License, Possession of Ammunition without an FID Card, Armed Career Criminal 1, and Possession of Class B with Intent to Distribute. Alvarez was also issued a MA Uniform Citation for Excessive Tint and High Beam Violation. He is expected to be arraigned in Roxbury District Court. 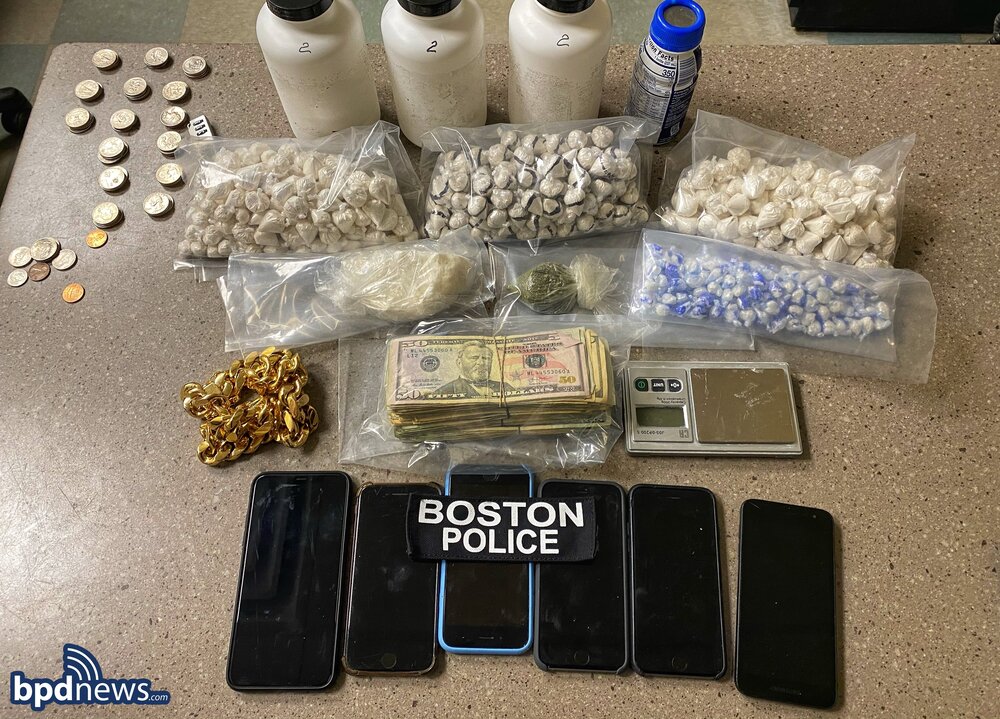