At about 12:54 AM, on Sunday, February 28, 2021, officers assigned to District B-2 (Roxbury) made an on-site firearm arrest of Edmilson Barros, 26, of Brockton in the area of 117 Alexander Street in Dorchester.

While on patrol, officers conducted a CJIS query on a motor vehicle whose registered owner, Edmilson Barros had a suspended license and a straight warrant out of Attleboro District Court for Operating on a Suspended License. Officers activated their lights and sirens to conduct the motor vehicle and spoke with Barros.

Mr. Barros was arrested for Operation after Revocation/Suspension. During the search of the vehicle lawful incident to arrests, officers located a firearm in the center console of the motor vehicle. The Stoeger STR-9 was loaded with one round in the chamber and eleven rounds in the magazine. 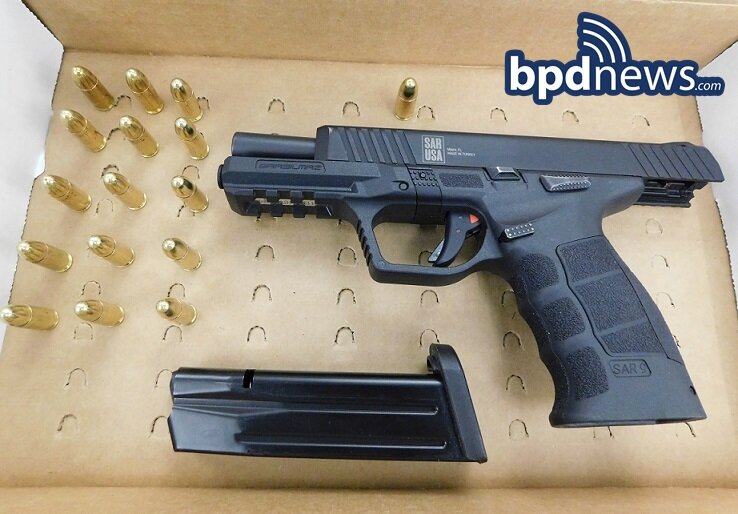