At about 8:58 PM on Wednesday March 17, 2021, officers assigned to District B-2 (Roxbury) recovered a loaded firearm while arresting two individuals in the area of 58 Annunciation Road in Roxbury. The officers were canvassing the area following a call for shots fired on District D-4 (South End) in the area of Tremont Street and Lenox Street in Lower Roxbury. During the incident, a 14-year-old male from Roxbury was observed discharging a firearm before getting into the passenger seat of a black sedan which then fled the area. Officers on scene recovered ballistic evidence but reported no injuries or property damage.

The B-2 officers were aware of a vehicle which matched the given description and were also aware that the juvenile suspect was possibly wanted in connection to a similar incident which occurred on Friday March 12, 2021, during which ballistic evidence was discovered at the stairs of the entranceway of 58 Annunciation Road following a call for shots fired.

While on Parker Street, officers observed the suspect vehicle and followed it onto Annunciation Road where they activated their lights and sirens to enable a traffic stop. As the vehicle slowed to a stop, the juvenile suspect exited and fled on foot into 58 Annunciation Road. The operator was detained while additional officers pursued the fleeing suspect. Officers were able to place the juvenile suspect in custody without incident while recovering a .32 caliber Smith & Wesson revolver which appeared to have been hastily placed on a window ledge.

The operator of the vehicle, later identified as Josman Romero Delgado, 19, of East Boston, was found to be wanted on several outstanding warrants sought out of Suffolk County Juvenile Court and West Roxbury District Court on multiple charges including Assault and Battery by Means of a Dangerous Weapon (Multiple Counts), Aggravated Assault and Battery, Breaking and Entering, Wanton Destruction of Property and Threats to Commit a Crime. The suspect was promptly placed in custody on scene without incident.

Both parties were then transported back to District B-2 for processing. During the booking process, officers recovered a plastic bag containing crack cocaine.

Officers then continued their investigation, executing a search warrant at the address, leading to the recovery of 101 rounds of .223 ammunition and a Shockwave Technologies Blade Pistol Stabilizer. 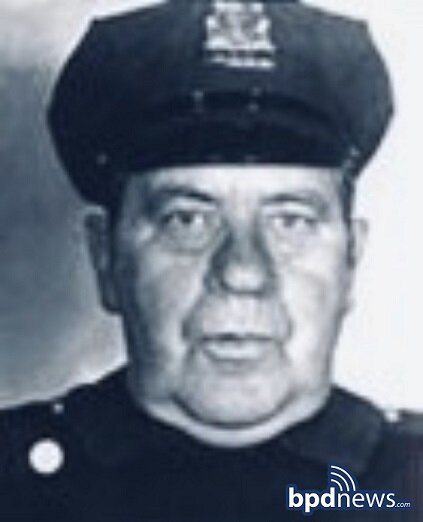 The Boston Police Department Remembers the Service and Sacrifice of Officer Donald A. Brown Killed in the Line of Duty 47 Years Ago Today 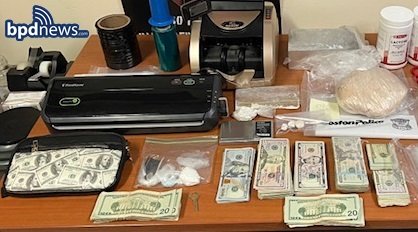