At about 12:14 PM on Thursday July 15, 2021, members of the BPD Youth Violence Strike Force along with officers assigned to District B-2 (Roxbury) recovered two loaded firearms while placing multiple suspects in custody during an investigation in the area of 950 Parker Street in Jamaica Plain. The officers were in the area attempting to locate a 17-year-old male who was wanted in connection to a recent non-fatal shooting when they observed him standing with a group of about 8-10 individuals, including Andrea Daily, 32, of Jamaica Plain who was known to have active outstanding warrants. As the officers approached, they observed that one of the individuals, later identified as a 15-year-old male from Jamaica Plain, wearing sweatpants and a hooded sweatshirt with a ski mask pulled over his face, despite the warm temperature. Upon seeing the officers, the male became wide-eyed while quickly pinning his arms against his body. As an officer began to perform a pat frisk, he immediately felt the handle of a firearm in his waistband. The suspect was then secured and the officers were able to safely recover a loaded semi-automatic handgun.

As this interaction was unfolding, Ms. Daily casually walked behind a nearby dumpster where she discarded a black and red ‘fanny pack.’ Officers arrested the female suspect after confirming that she was wanted on two outstanding warrants sought out of Roxbury District Court and Chelsea District Court on numerous charges including Larceny, Forgery and Uttering a False Document. Officers then recovered a loaded handgun from inside the discarded bag. The suspect will appear in Roxbury District Court on charges of Unlawful Possession of a Firearm, Unlawful Possession of Ammunition and Carrying a Loaded Firearm.

While on scene, officers also arrested a 16-year-old male from Jamaica Plain who was wanted on an outstanding warrant sought out of Suffolk County Juvenile Court on multiple charges including Larceny from the Person, Breaking and Entering and Trespassing. A 14-year-old male from Natick after determining he was wanted on outstanding warrants sought out of Norfolk County Juvenile Court on multiple counts of Breaking and Entering Motor Vehicle. 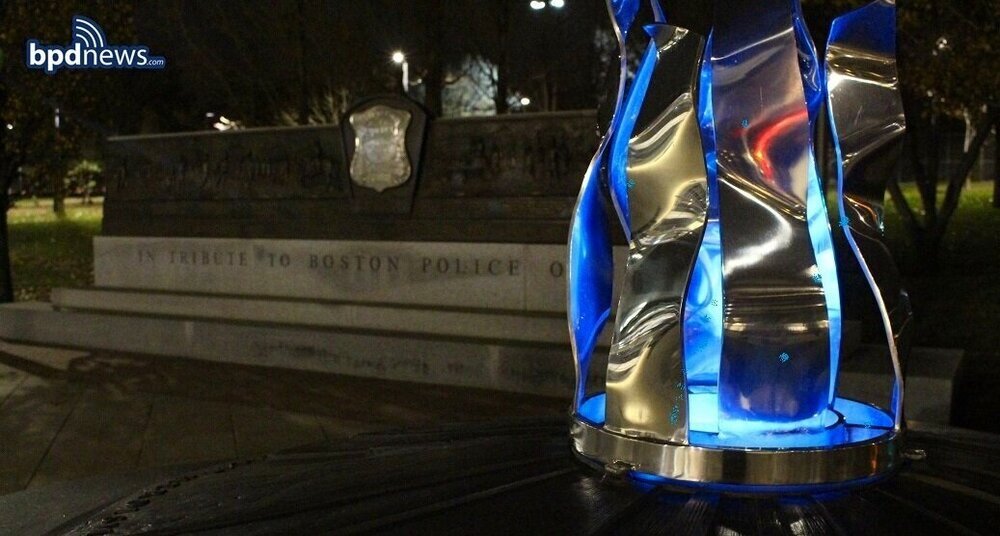 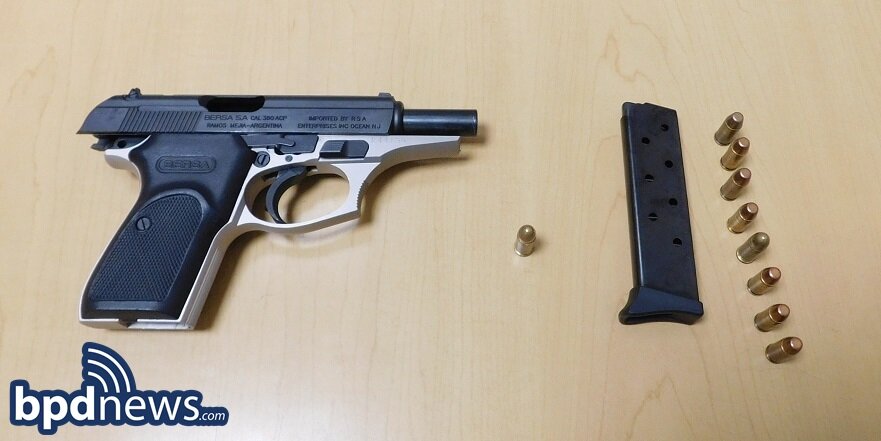 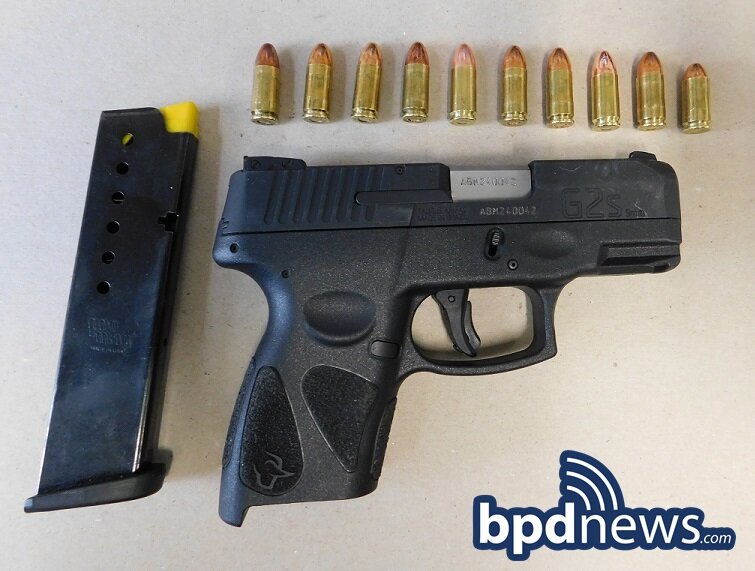