About 5:05pm on Monday, July 19, 2021, a Boston Police officer was flagged down on the corner of B Street and West 7th Street South Boston (District C6). A citizen told the officer about shots fired while pointing in the direction of Joyce Hayes Way and West 7th Street. The officer immediately proceeded down West 7th Street and took a right turn onto C Street. The officer located ballistic evidence in the middle of C Street. Additional ballistic evidence was located in the adjacent parking lot on C Street and Baxter Street. Officers also observed ballistic damage to the driver’s side mirror of a parked vehicle on C Street. In the parking lot on Joyce Hayes and West 7th Street, two additional vehicles were located with additional ballistic damage.  A description of a suspect vehicle was given as a silver Hyundai with Maine plates at the intersection and C Street and Old Colony Avenue. The operator of the silver Hyundai continued on Old Colony towards D street and the rotary at Preble Circle.

About 5:13pm officers took a right hand turn on to Devine Way from Columbia Road when officers observed a vehicle matching the description making a left hand turn on to Wendeller Street. Officers  observed the vehicle to be bearing a Maine license plate. Officers got behind the vehicle and activated their emergency lights and sirens to conduct a traffic stop in the area of Preble St/Ward Street.

Officers also recovered multiple bags of green vegetable like matter believed to be marijuana consistent with street level packaging and a box of sandwich bags and loose sandwich bags.

Suspect 1, Mohamadou Binlo Bah, 19, of Roxbury, will be charged with M.G.L 269 Section 10 (a) Possession of a firearm without license, and M.G.L 94 Intent to Distribute Class D in South Boston District Court.

Suspect 2, Jadhen Rousseau-Francois , 18, of South Boston will be charged with M.G.L 269 Section 10 (a) Possession of a firearm without license , and M.G.L 94 Intent to Distribute Class D in South Boston District Court.

As a result of this arrest, a search warrant was executed and recovered the following:

5 magazines 4 of which were high capacity. 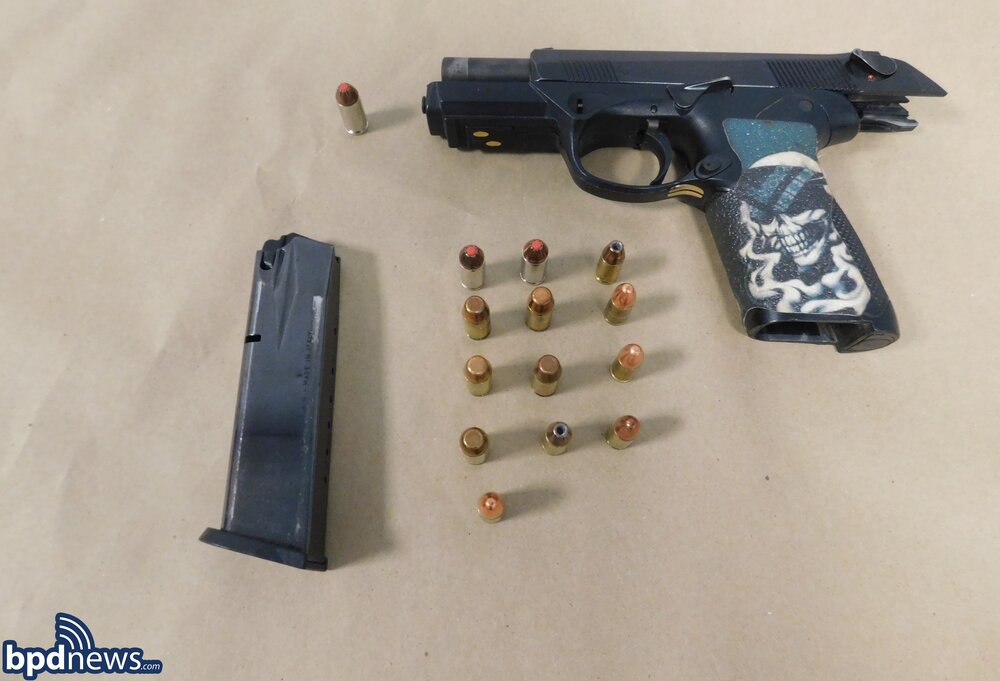