At about 5:30 PM on Saturday, August 7, 2021, officers responded to a radio call for a person with a gun at Southampton Street and Ellery Street in South Boston.

A description of the suspect, later identified as Elijah Messier, 30, of Westborough, was broadcast over the radio by 911 dispatchers. While enroute, officers located Messier but he immediately fled on foot.

Elijah Messier is expected to be arraigned in South Boston District Court. 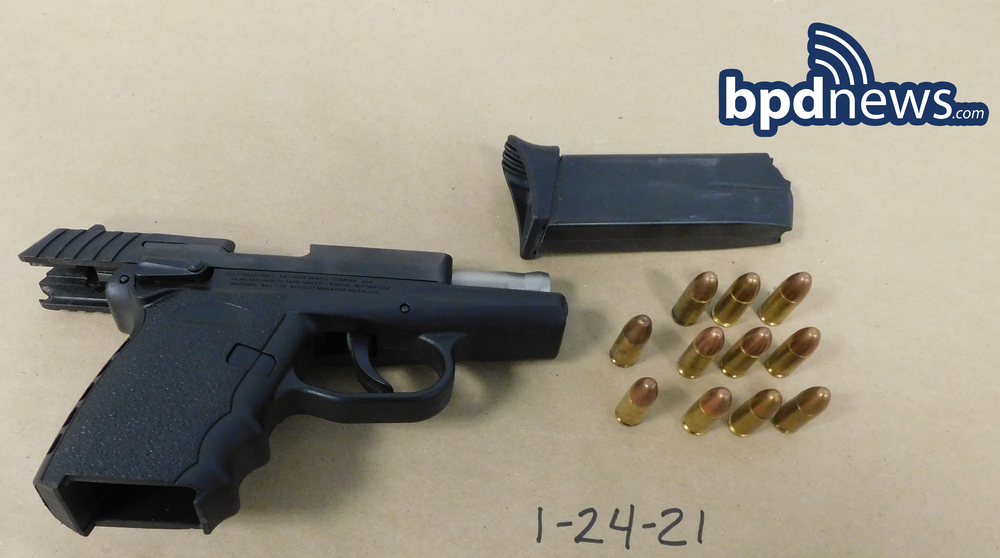