At about 10:55 AM on Sunday, August 8, 2021, Officers assigned to District B-2 (Roxbury) made an onsite firearm arrest of Jatia Ellis, 27, of Boston, following a call for a person with a gun in the area of 258 Dudley Street.

Officers were advised that a female, later identified as Ellis, had threatened a victim with a firearm and fled the scene. Officers were provided a description of a black female wearing a tan backpack and began searching the area. Officers located Ellis at Dudley Street and Mt. Pleasant Street, matching the description provided by the victim.

Officers approached Ellis, and she began to run from Officers, ignoring numerous commands from officers to stop. Officers were able to apprehend Ellis and placed her in handcuffs for officer safety.

Officers conducted a frisk of Ellis’s backpack and felt a hard object, consistent with the shape of a firearm. Officers recovered a Starfire MOD 9mm with one (1) round in the chamber and eight (8) rounds in the magazine. An additional search of Ellis revealed a plastic bag containing one unidentified pill.

Jatia Ellis is expected to be arraigned in Roxbury District Court.

Death Investigation in the area of 27 Irma Street in Dorchester 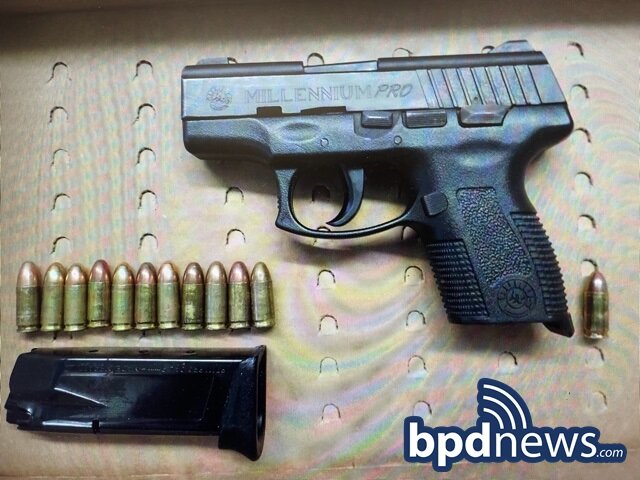