At about 7:15 PM, on Tuesday, August 17, 2021, Officers assigned to the Youth Violence Strike Force made an onsite firearm arrest of Frankie James, 37, of Randolph, MA, in the area of Bowdoin Street and Mount Ida Road in Dorchester.

Officers responded to a call for a male, later identified as James, who had shown a firearm to another motorist in traffic. A short time later, officers located a vehicle matching the vehicle's description from the previous incident. Officers conducted a traffic stop and removed the vehicle's sole occupant, James, from the vehicle. Officers recovered a 9mm handgun with nine (9) live rounds in the magazine. Mr. James was placed into custody without incident.

Frankie James is scheduled to be arraigned in Dorchester District Court.

BPD Community Alert: The Boston Police Department is Seeking the Public’s Help to Identify Suspects Wanted in Connection to a Shooting in Roxbury

Coffee with a Cop: Please Join us at Zume’s Coffee House at 221 Main Street in Charlestown on Friday, August 20, 2021 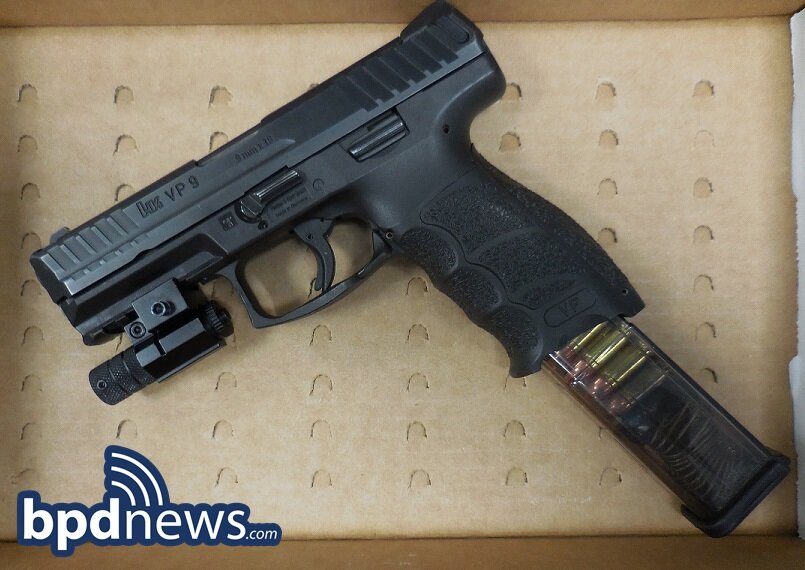 Investigation Update: Victim Identified in Homicide Investigation in the Area of 1510 Tremont Street in Roxbury