Officers responded following a tip into Crime Stoppers tip line.  As Officer began to search the area, they observed a male, later identified as Young, matching the description provided to Crime Stoppers.

Officers conducted a pat frisk of the male, and as they attempted to pat-frisk the bag, Young became combative and made several attempts to pull the bag away from the Officers.  Officers were able to pat frisk the bag and felt an object consistent with the shape of a firearm.  Young was placed into custody without further incident.

Anthony Young is to be arraigned in West Roxbury District Court.

Officers Arrest Suspect After He Pointed a Firearm at a Motorist 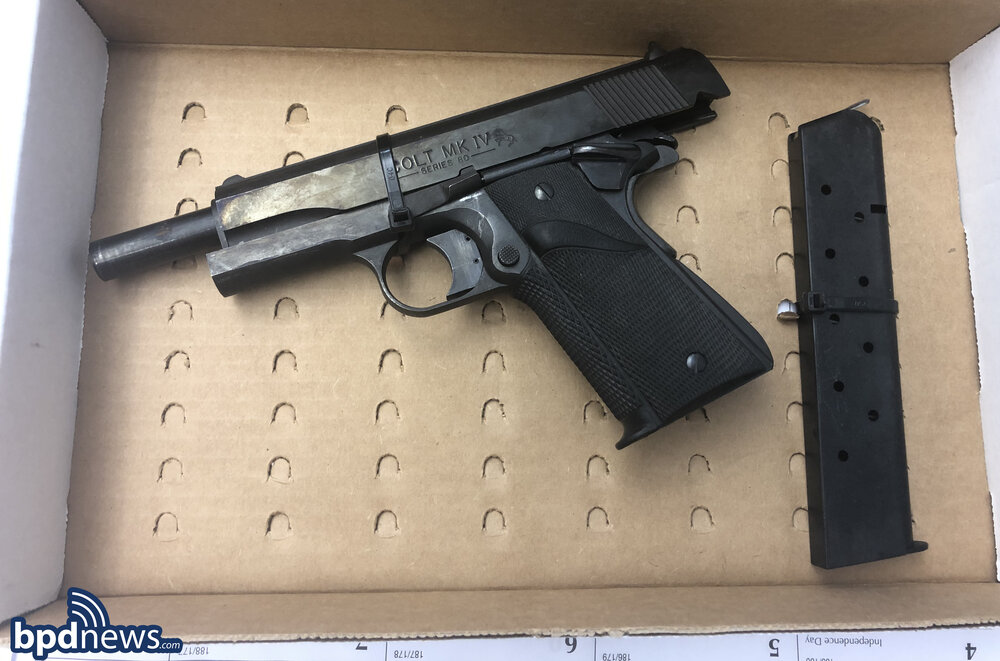