At about 2:55 AM on August 26, 2021, officers assigned to District B-2 (Roxbury) responded to a call for a person with a gun in the area of Warren Street and Waverly Street, Roxbury.

BPD 911 dispatchers gave a description of a suspect who pulled up next to a motorist and pointed a gun in their direction. Officers located the suspects vehicle blocking a driveway on Waverly Street. Officers activated their lights and sirens to conduct a traffic stop and as they approached the vehicle, they observed the driver, later identified as Alfredo Erazo, 25, of Dorchester, lean down as if he was reaching under his seat.

Due to the nature of the call and the suspect's behavior, officers issued an exit order and safely removed Erazo from the motor vehicle. Officers recovered a loaded Springfield Armory XP5, .45 Caliber firearm with one round in the chamber and six rounds in the magazine from under the driver’s seat.

Alfredo Erazo was placed under arrest and charged with Assault by Means of a Dangerous Weapon to Wit Firearm. He is expected to be arraigned in Roxbury District Court. 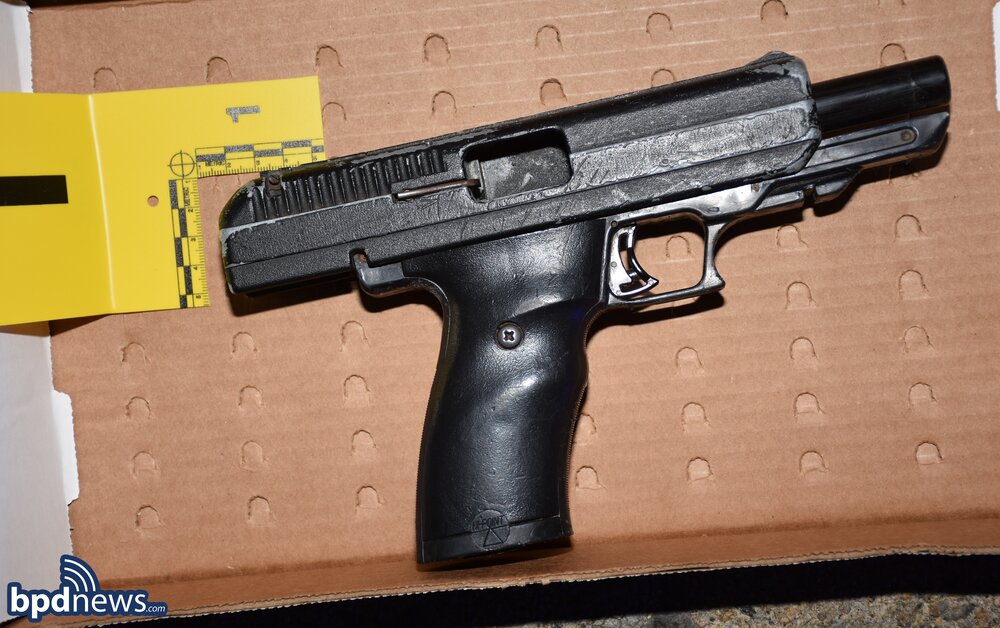