At about 10:04 PM on Tuesday, October 05, 2021, officers assigned to District B-3 (Mattapan) made an onsite firearm arrest of Jean Marte, 32, of Dorchester at the intersection of Blue Hill Avenue and American Legion Highway (Mobile Gas Station).

While on patrol in the area, officers observed a motor vehicle suddenly changed lanes without signaling. Officers conducted a CJIS inquiry on the motor vehicle which revealed the registration to be revoked and the license of the owner (Jean Marte) to be suspended.

Officers activated their emergency lights and sirens to conduct a traffic stop of the motor vehicle. Officers approached the motor vehicle to speak with the driver, later identified as Jean Marte, once informed that he was being placed under arrest for driving with a suspended license, Marte refused to exit the motor vehicle and began gripping the steering wheel while wedging his feet into the interior of the vehicle.

After a brief struggle, officers safely placed Marte under arrest and charged him with operating after revocation and suspension and resisting arrest.

Officers recovered a loaded firearm between the driver and front passenger seat. The firearm was determined to be a Cougar 8040 FT .40 caliber with eleven rounds in the magazine. 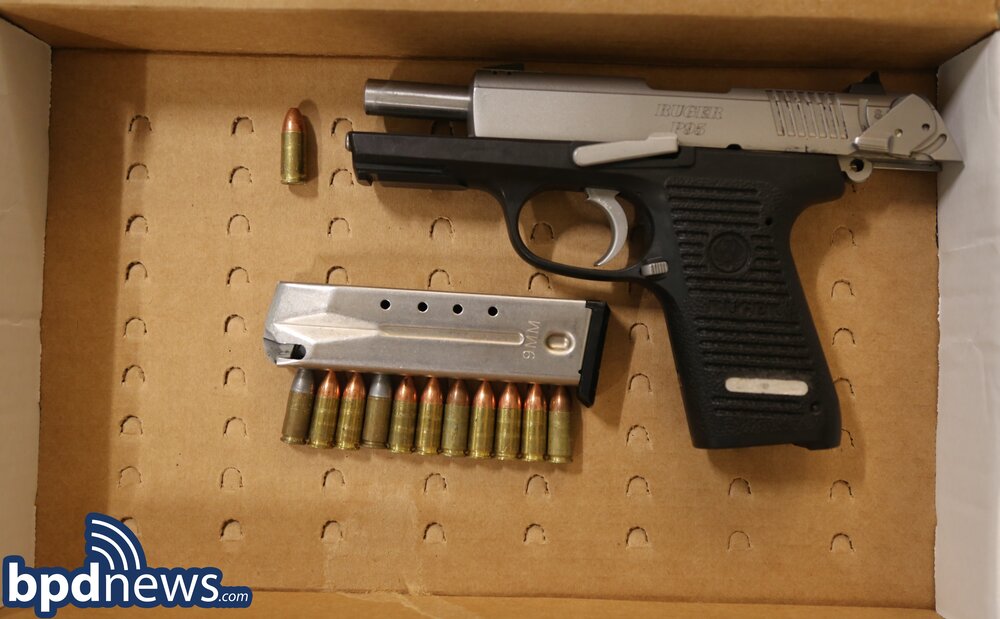