At about 6:45 PM on Friday, October 15, 2021, officers assigned to District A-1 (Downtown) arrested Jerry Coutain, 31, of Roxbury on firearm and drug-related charges in the area of 375 Washington Street in Downtown Crossing.

At the time of his arrest, the suspect was wanted in connection to an incident of shots fired which occurred earlier in the day at about 12:35 PM in the area of 926 Morton Street in Mattapan. Detectives assigned to District B-3 (Mattapan) conducted an investigation, leading to the identification of the suspect and the issuance of an arrest warrant sought out of Dorchester District Court. As a result, a flyer was issued by the Boston Regional Intelligence Center (BRIC) to all patrol officers in relation to this ongoing investigation.

Acting on this information, officers assigned to Bicycle Patrol in Downtown Crossing observed the suspect walking in the area and approached to speak with him. Upon seeing the officers, the suspect quickly reversed direction and entered a nearby store. The officers then entered the store and immediately attempted to place Coutain in custody, leading to a violent struggle. The officers requested additional units who quickly arrived on scene and were able to assist in placing the suspect in custody without further incident. Officers then conducted a search of the suspect leading to the recovery of a loaded firearm and drugs.

Following the arrest, one officer was transported to a local area hospital for evaluation of non-life-threatening injuries.

The firearm was later determined to be a 9mm Ruger handgun loaded with one (1) round of 9mm ammunition and seven (7) rounds in the magazine. Additionally, officers learned that the recovered firearm was reported stolen out of Lynn, MA. The drugs seized were determined to be pills identified as ecstasy and Acetaminophen with Codeine. 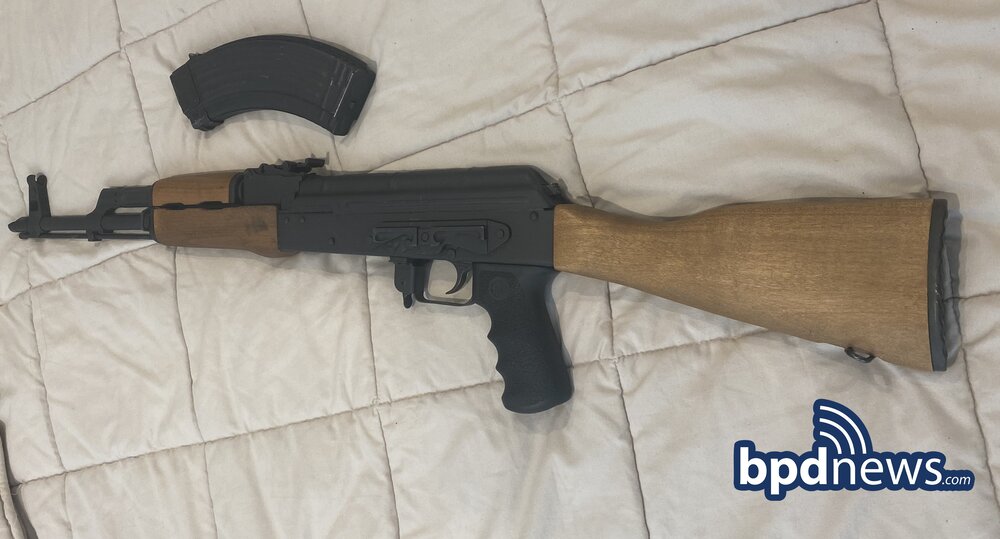