At about 2:53 PM, on October 30, 2021, Officers assigned to District D4 responded to a call for a Person with a Gun at 200 Newbury Street and made an onsite Firearm arrest of Reginald Bowman. 21, of Harrisburg, North Carolina.

Offices received a radio call for a group of males causing a disturbance at the Nike Store located at 200 Newbury Street.  Officers were further advised that one of the males was in possession of a firearm.  Upon arrival, Officers observed Bowman, matching the description of the males provided to 911.  Officers observed Bowman exiting the store, and as they approached him, they observed his front sweatshirt pocket to be weighted down.  Officers conducted a pat-frisk and immediately felt an object consistent with the weight and shape of a firearm.  Officers were able to take Bowman into custody without incident.

The firearm was determined to be a Walther P22 with one (1) round in the chamber and ten (10) rounds in the magazine.

Reginald Bowman is expected to be arraigned in Boston Municipal Court. 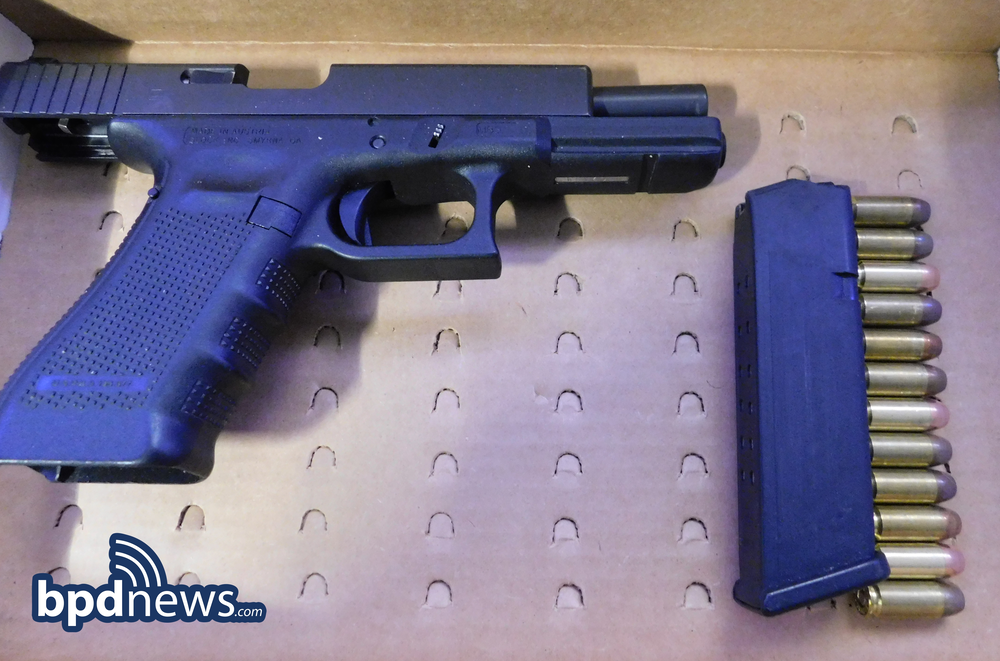